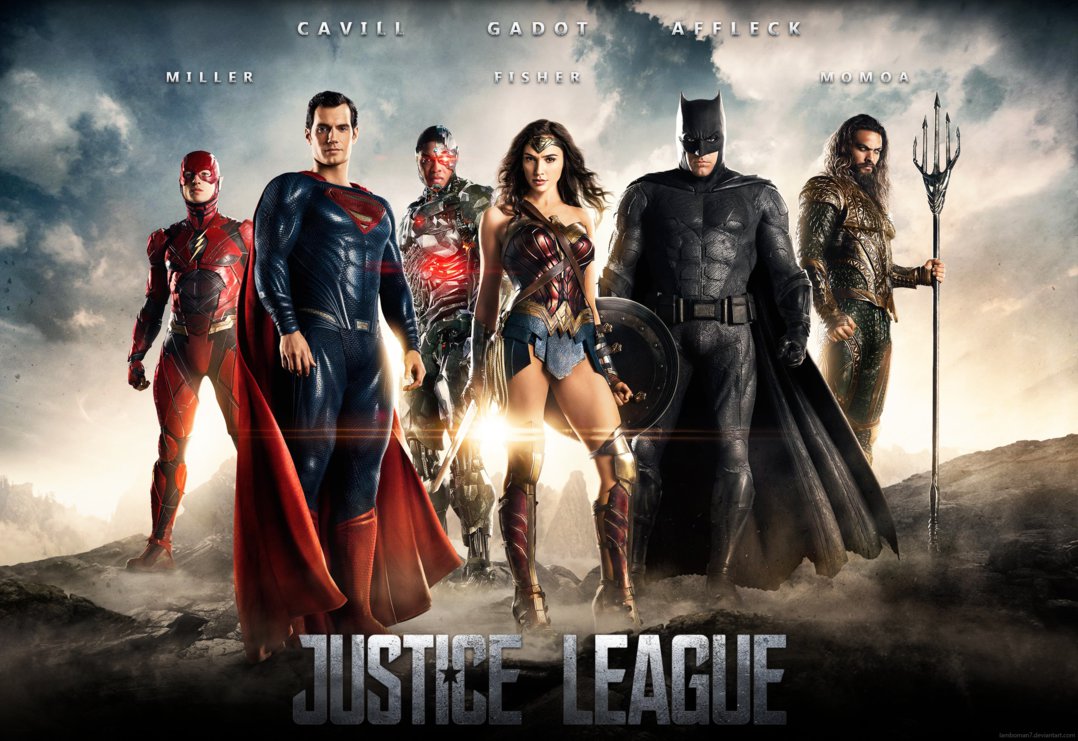 Following the highs of the wildly successful Wonder Woman and the lows of the cringingly bland Batman vs. Superman, did Justice League hit the right note?

If Wonder Woman hadn’t been my favourite film of 2017, I wouldn’t have been particularly bothered about seeing Justice League. Ben Affleck is a poor successor to Christian Bale, Superman is one of the dullest superheroes ever to grace the genre and their combined film was so forgettable that Fiancé and I spent a good few minutes disputing how Superman died before we went into the cinema last night. He was convinced it was death by flying something really high and it exploding, I was convinced it was death by impaling. I was right, but then he wasn’t far off given that DC does seem to love a “oh let’s solve this problem by flying it really far away” (see The Dark Knight Rises and Wonder Woman). I digress.

The benefit of Marvel’s choice to do individual character films before bringing them together into a collective meant that we went into The Avengers knowing most of the characters, their personalities and how they might fit together. For those of us who aren’t well versed in the DC universe, the new characters seem a bizarre bunch. The Flash I can understand, and Ezra Miller is a fine actor (even if I couldn’t completely rid myself of his horrifying sexual encounter with Amy Schumer in Trainwreck). Aquaman, I was maybe on board with but mainly because Jason Momoa is hot. Really that’s all I had to go on, because Aquaman is a silly name and how is he gonna help anyone if the battle is on dry land?! Cyborg was my biggest issue, because it felt like it was creeping into Star Trek and I couldn’t imagine the synergy between him and the rest of the team. I know Batman is techy, and I know that Iron Man is also basically the robot of the Avengers, but I guess there’s your problem with not knowing any of them at the start.

The Wonder Woman film was amazing for so many reasons, not least because the opening battle sequences with the Amazons filled my little feminist heart with a pure joy I didn’t know existed; the result of having spent years watching every possible iteration of the White Male Superhero without any sort of satisfying female equivalent. This alone made me want to give Justice League a go, if only to watch Gal Gadot show everyone else up with her badassery.

First conclusions: it wasn’t bad. INFINITELY better than Batman vs. Superman. Still nowhere near as good as the Marvel universe, but many of my initial concerns turned out to be unfounded. The Flash was possibly the best character for finally bringing a bit of comedy. Cyborg actually made sense in the context of the story rather than just being a random robot wandering around. Wonder Woman is still badass (I inwardly cheered during her opening scene whizzing around stopping bullets. Gal Gadot you are such a beaut).

I liked Aquaman, Jason Momoa is still hot, though I still don’t really see what he brings to dry land battling. He seemed to be generally strong which is always useful and had a handy “Quindent” to stab people with, but the ‘aqua’ part seemed pretty much irrelevant in most of the action sequences.

On reflection, I still have a couple of big problems, ones that DC is constantly guilty of and for me will always hold it back vs. Marvel.

A small issue I have is on the role of Superman. I say this being very clear that this is not a spoiler, because he’s in the film poster ok? You know he’s not dead. At the end of the day he’s Superman. He is too far above the rest of the characters in terms of his strength, speed and general super-ness. I don’t know where they can take future films because either they’ll have a villain that the rest can defeat or if they can’t, he can. There’s no jeopardy in that. There’s not really a whole lot of ‘team’, when the others are basically around to do a bit of groundwork to give him a clear run at saving the day.

However, my main issue (shocker) is the portrayal of the female characters.

Let’s start with Diana Prince. She may have been the female superhero I’ve always wanted, but it irritated me that she was instantly cast as the mother of the group. She is the only one who can persuade Cyborg to join them by understanding his emotional trauma. Hang on, wasn’t Bruce Wayne ORPHANED? Oh no, sorry, you’re right, he’s got to be all dark and broody and shut up his feelings. He can go pick up the Flash who just wants to be in the band because it means hanging out with Batman; and Aquaman because they can be all grunty and broody together. Perhaps Diana doesn’t speak ‘caveman’ so she has to go get the sad one. As Wonder Woman rightly points out later in the film, she’s working with children. As the only woman, she is by default allocated the caregiving role, in all it’s stereotypical glory of emotional labour and light-heartedly chiding her boys for their immature capering. Wouldn’t it be revolutionary to have a team where a woman is emotionally illiterate (they exist, I assure you) and it’s a male character who deals with the ‘soft stuff’?

Also, just take one look at the poster for a visual summary of DC’s problem with women. The male superheroes are armoured up to their eyeballs, while Wonder Woman could not be showing more skin. I’m not interested in any arguments about remaining faithful to the comics, when a) justifying misogyny by saying it’s based on historic misogyny isn’t an argument; and b) early Batman used to run around in grey lycra with black speedos and a yellow belt. Come back to me when I see Ben Affleck in that exact outfit. Wonder Woman’s costume may have been developed to become more armour-like, but it’s clear that showing as much skin as possible is the priority.

It’s not just Wonder Woman though. Lois Lane is probably my most hated character of all DC and Marvel movies combined. She is pathetic. Oh sure, you think she’s all independent and empowered because she’s an award-winning journalist, but let’s think back – how much independent journalisting has she been doing since meeting Superman? It’s not enough to say she has a job like that and not follow through with any actual show of empowerment.

There was the incident in Dawn of Justice where Superman had to spring her out of an unfortunate situation with some dodgy men in the Middle East. Or later in the movie where she nearly drowned herself. My lasting memories of Lois Lane before last night were “how many stupid situations does Superman have to save her from before she finally dies”.

How did Lois get on in this movie? She was writing fluff pieces about cats because she was too absorbed in her grief to do anything else. She talked Superman down from a murderous rage with a few sweet words and a cuddle. Told him he smelled really good. Cried a bit. Helped his mum carry some boxes. Wrote some pithy piece about darkness – but only AFTER her fiancé returned from the dead. It gives us a frustrating picture that the female characters can only be brilliant if their reason for existence (i.e. the male superhero) is safe and well and off doing some world saving.

Think I’m reading too much into it? Let’s compare with some other non-super characters who also happen to be male:

Marvel isn’t about to pass the Bechdel test any time soon, but looking at some of their female characters is yet further reason why DC’s Lois Lane is so shit:

Overall, I would recommend Justice League. Despite its flaws, it’s a mighty improvement from where we were, and I was interested enough in all of the individual stories that I look forward to seeing their films. One day I hope we’ll have a female superhero who is allowed to remain fully clothed and can get on with saving the day without having to corral the men around her, but for now, Wonder Woman will remain my superhero true love.