January may be a rubbish month for many reasons, but with awards season just around the corner, it is the best month to head to the cinema…

As Mr A-B and I are in possession of Cineworld Unlimited cards (not a sponsored post), January is the month where they really start to prove their value, and case in point, it’s the 4th of January and we’ve already seen three films. Luckily, all three are worth seeing, so here’s what I think you should be seeing this week: 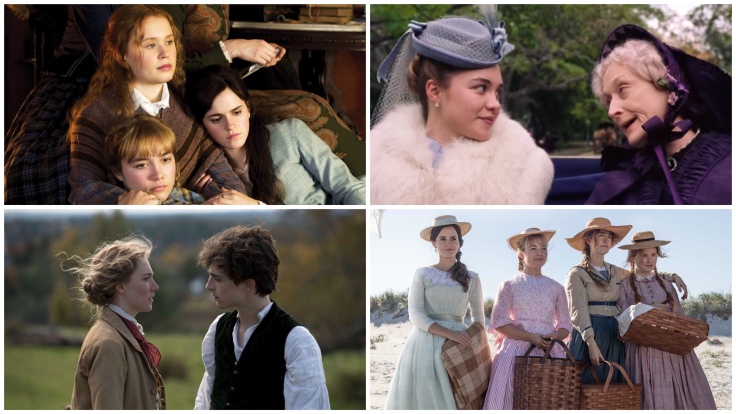 Louisa May Alcott’s classic book about four sisters growing up in Civil-War era Massachusetts has been adapted so many times, it’s easy to lose count. I attempted to read the book and gave up, but the core themes of coming-of-age and wanting more than your gender role might allow are timeless and explain why the film and TV industry remain obsessed with this story.

Gillian Armstrong’s 1994 adaptation starring Winona Ryder and Susan Sarandon is one of my favourite films, beautifully acted by an all-star cast and full of spirit and heart. I would highly recommend it to anyone who hasn’t seen it already.

One may wonder whether we needed another adaptation, but with Greta Gerwig at the helm, that question is easily answered. Well-known for feminist film-making, Gerwig breathes new life into this story starting with a dual timeline and does away with any sense of gentility by giving a much more chaotic vibe which felt a lot more true as a portrait of four young girls growing up. There’s more of a youthful sense to this adaptation that is reassuring given the book’s original characters are between 12 and 16-years-old, so while I have to, yet again, put aside my irritation at teenage characters being played by actresses in their late twenties, Gerwig at least offers something of a reminder that these women are genuinely supposed to be little.

Saoirse Ronan shines as Jo as she does in pretty much everything, but it is Florence Pugh who was the revelation in her ability to balance the bratty young Amy with the more determined and mature young woman in the later years. I also liked that Gerwig brings out the complicated relationship between these two sisters in a way that was only hinted at in previous adaptations. I was undecided about Emma Watson as Meg, mainly as I found it hard to suspend my disbelief that she was the eldest though she played the role well; likewise Timothee Chalamet had flashes of brilliance but at times I found him too petulant. Laura Dern and Meryl Streep as Marmee and the inimitable Aunt March respectfully round off this all-star cast.

While the 1994 adaptation holds a special place in my heart, I found this version to be incredibly compelling, spent large chunks of it in tears (which mystified Mr A-B as he was thoroughly bored throughout), and wouldn’t hesitate to watch it again. If the 2020 Golden Globe nominations are anything to go by, this will be largely ignored by the award bodies (Saiorse Ronan picks up a nom for best actress, but Gerwig is criminally overlooked for Best Director as is the film for Best Film), so show your support for female-led films by picking up a ticket this weekend.

I knew this film was going to be good from the trailer alone, and was relieved to find that it wasn’t a case of all the best bits being in the trailer. With another all-star cast including Scarlett Johansson and Sam Rockwell, Jojo Rabbit is a cross between Son of Rambo and The Book Thief. Jojo is a new initiate into the Hitler Youth with Adolf Hitler (played EXPERTLY by the film’s director Taika Waititi) as his imaginary friend, so he is dismayed to find that his mother has been harbouring a Jewish girl in their house. It’s a quirky story that draws out the internal conflict between ideology and morality using both comedy and heartbreak and Waititi leaping around in a Hitler costume. Not one you want to miss. 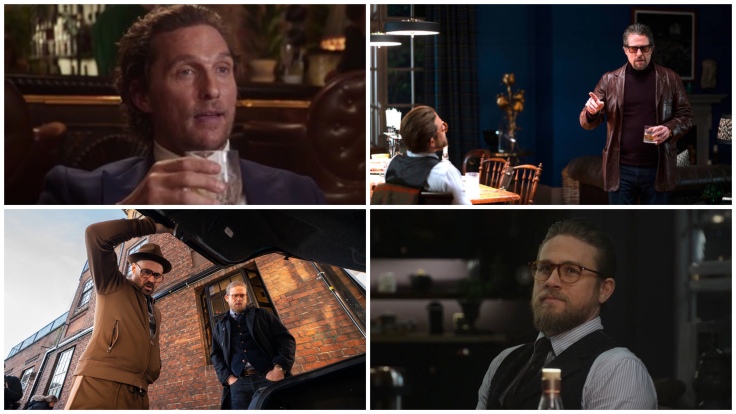 We’re 3 for 3 on all-star casts today as Guy Ritchie brings us another stellar ensemble featuring Hugh Grant, Matthew McConaughey and Charlie Hunnam. McConaughey plays an American expat at the helm of a marijuana empire who triggers chaos in the industry when word gets out that he’s looking to sell the business. The story is told via Hugh Grant, a private investigator who is attempting to extort money from the McConaughey empire in return for not giving the story of this sale to the media. This is not a Hugh Grant you’ll be familiar with; gone is the bumbling rom-com hero and in his place is a slimy cretin with liberal use of the C-word. Rated an 18, it’s not one for the faint hearted with pretty foul language, bodies in freezers and multiple scenes of drug use; but we’re not talking Tarantino-style gore so it’s not overly off-putting. This film is certainly not at any risk of passing the Bechdel test but as the main female character, Michelle Dockery is delightful (“there’s fuckery afoot” is my favourite quote of the film), so dose yourself up on Little Women-style female empowerment to see you through The Gentlemen’s unabashed penis-measuring contest and you should emerge without feeling too grubby.

Coming up in January

As I said, January is the time for movies, so here’s a few that Mr A-B and I are particularly looking forward to:

Have you seen any of these films yet? Let me know your thoughts in the comments down below!

2 thoughts on “Watching || Films to See This Weekend”