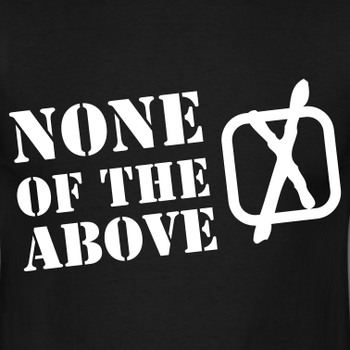 Imagine you’re having a party at a fancy restaurant. It’s a big party, so the staff have asked you to supply each guest’s menu choice. Your BFF replies straight away of course (she’s a babe), she’ll have the chicken. Boyf will have the steak. More choices trickle in.

You find yourself in a quandary on deadline day – a group of your guests haven’t replied! If you’re anything like me, anxious irritation is now coursing through your veins but no matter how many times you text/tweet/Snapchat/passive-aggressively update your Facebook status, you don’t get an answer!

Then comes the night itself, and – the horror – this group of guests turns up and has the audacity to bitch about not getting the food they want. You go home seething, cursing these horrendous, not-really-friend-more-acquaintance types who have turned your evening into a farce.

Fast forward to a year later. Another party. You’ve either learned your lesson and not invited them at all (your stress levels can’t take it), or you’ve invited them half-heartedly, but haven’t bothered to send them a menu card, focusing on what your close friends want instead. F*** them right?

Imagine if they had all replied. Every single one. But as you sorted through the answers, collecting the choices into your spreadsheet (you have one too right?), you stumbled across a plucky respondent who had added an extra option at the bottom – ‘None of the Above’.

None of the Above?!

That wasn’t an option! Do they not want to eat? Who comes to a dinner party and doesn’t eat?! Weirdo.

To your increasing panic, you discovered more of these entries in the pile. Suddenly it’s not one weirdo but many weirdos. With each ‘None of the Above’, your confidence is eroded. What if you chose the wrong restaurant? Is the local French-with-a-charming-Kazakhstani-twist no longer charming? Do you actually have bad taste in food?

Have you done something wrong?

It’s justified to feel like there’s no point in voting. It often seems that Westminster only allows the worst of society in – whether they’re arrogant toffs or vaguely well-meaning dullards. But the system we have is the system we have – ignoring it doesn’t change it.

Whether we like it or not, the government controls the bulk of our daily lives – from the amount of money we get to take home after HMRC has filled his boots; to how quickly we can see a doctor; to what time we need to get home before the street lamps are turned off. From how likely it is that our attackers will be brought to justice, to how many of our children will leave school being able to read and write. If we continue to ignore it, can we really turn round and complain when things get worse?

Many would retort that things get worse even if we do vote – and in many cases that may be true. That’s where spoiling your ballot comes in. If you can’t, in your heart of hearts, find a party that gives you any semblance of hope – say so. Use your voice.

If the turnout is roughly equivalent to the last election, there will be 12 million registered voters who will not vote. Imagine if those 12 million not only turned up, but wrote ‘None of the Above’ at the bottom of their ballot. That would be 11.9m more spoiled ballots than 2010. That would be a strange demonstration of apathy.