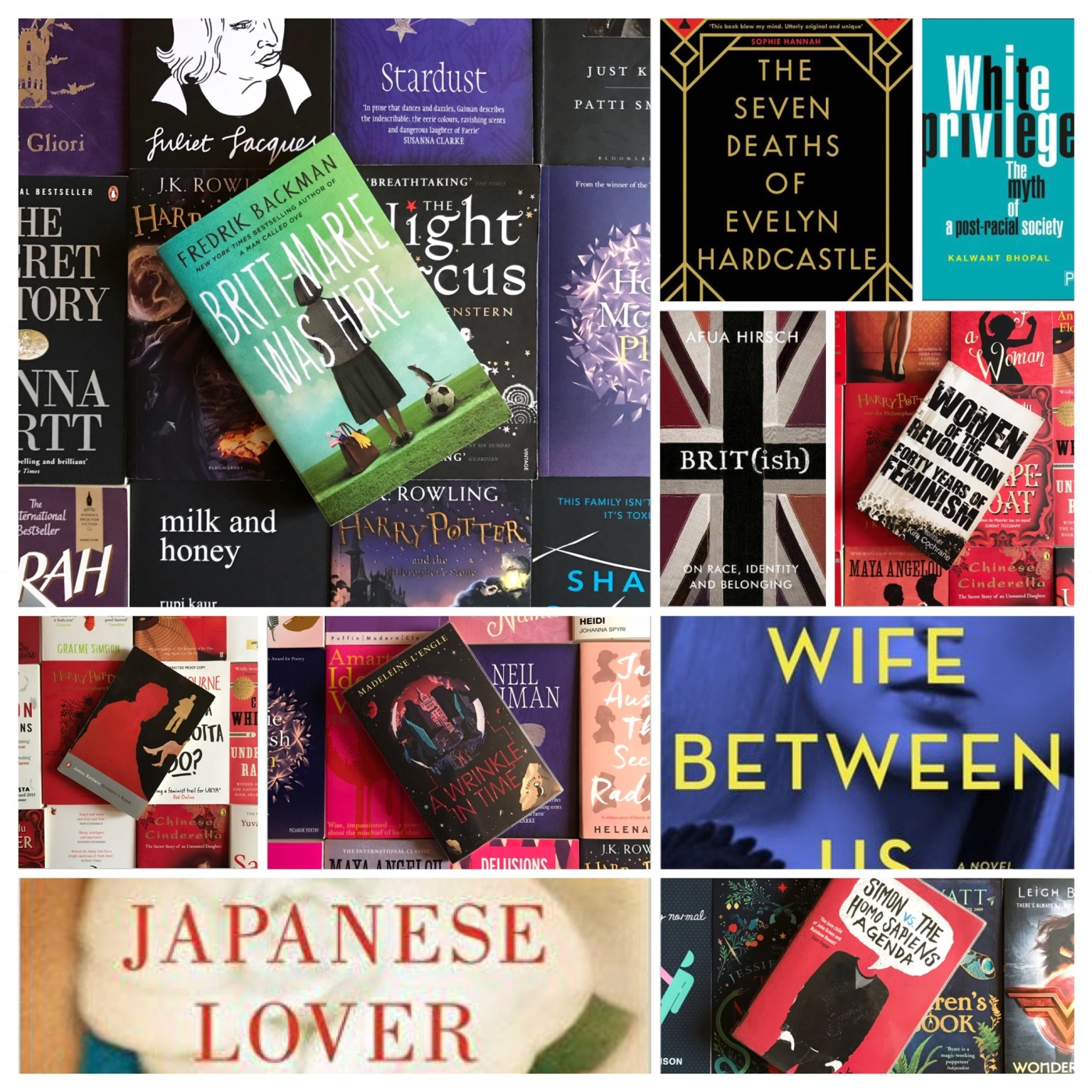 I started off the year with all of my grand plans, smug as you like, and sure enough, karma put me back in my place. And when I say ‘karma’, I mean Past Martha, who is laughing hysterically at me in some parallel universe.

You see, Past Martha discovered NetGalley in December and went on a requesting spree. Past Martha reasoned that because she was new to the site, she wouldn’t get many books approved because publishers might want to choose people who have a good track record of reviewing right? WRONG. Cut to January when all the publishers returned from their Christmas break, and twenty approvals came through. TWENTY. Chuck in a couple of library reservations for good measure, and my Unread Shelf Project is off to a great start…

#1: Britt-Marie Was Here by Fredrik Backman

Amazingly, I managed to squeeze in ten books this month. My favourite by far and away was Britt-Marie Was Here by Fredrik Backman; who, it turns out, is like some kind of stealth writing ninja. My Grandmother Sends Her Regards and Apologises was my third favourite book of 2017, and Britt-Marie is an early frontrunner for my favourite of 2018, his book have just so much heart.

At first sight, Britt-Marie is a fussy, passive-aggressive busybody. But hidden inside her is a woman who has bigger dreams and a warmer heart than anyone around her imagines.

When she finds herself alone for the first time in decades, she realises she’s spent her life making choices for the sake of other people. Is it too late for her to change? And in a small town of big-hearted misfits, can Britt-Marie find a place where she truly belongs?

#2 Brit(ish): On Race, Identity and Belonging by Afua Hirsch

In this personal and provocative investigation, Afua Hirsch explores a very British crisis of identity. We are a nation in denial about our past and our present. We believe we are the nation of abolition, but forget we are the nation of slavery. We are convinced that fairness is one of our values, but that immigration is one of our problems. Brit(ish) is the story of how and why this came to be, and an urgent call for change.

#3 The Seven Deaths of Evelyn Hardcastle by Stuart Turton 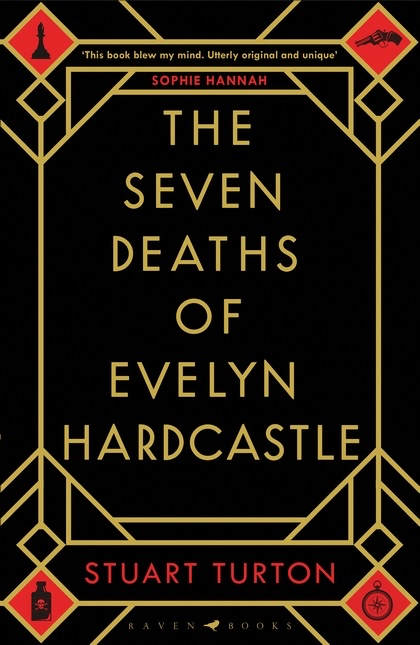 It is meant to be a celebration but it ends in tragedy. As fireworks explode overhead, Evelyn Hardcastle, the young and beautiful daughter of the house, is killed.

But Evelyn will not die just once. Until Aiden – one of the guests summoned to Blackheath for the party – can solve her murder, the day will repeat itself, over and over again. Every time ending with the fateful pistol shot.

The only way to break this cycle is to identify the killer. But each time the day begins again, Aiden wakes in the body of a different guest. And someone is determined to prevent him ever escaping Blackheath…

#4 Simon vs. the Homo Sapiens Agenda by Becky Albertalli 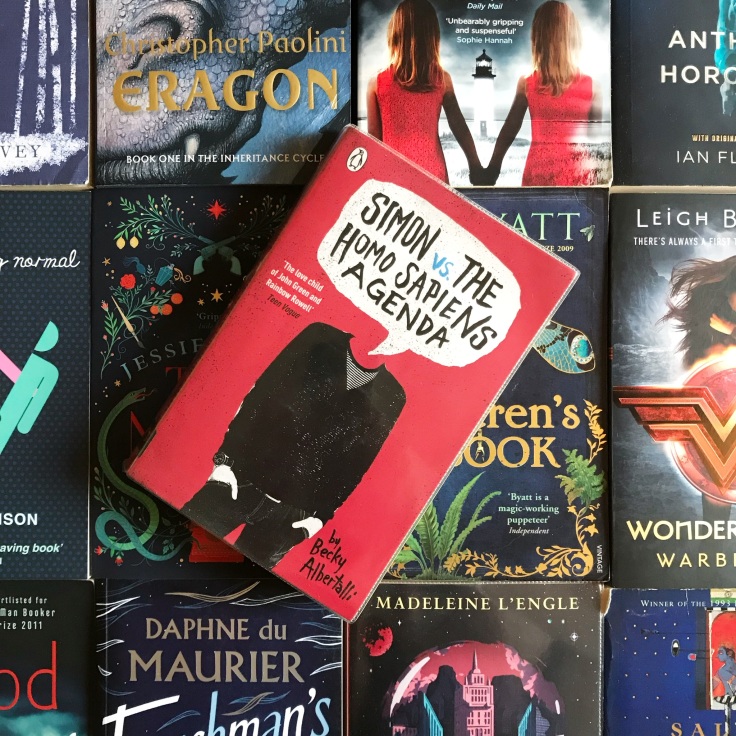 Sixteen-year-old and not-so-openly gay Simon Spier prefers to save his drama for the school musical. But when an email falls into the wrong hands, his secret is at risk of being thrust into the spotlight. Now Simon is actually being blackmailed: if he doesn’t play wingman for class clown Martin, his sexual identity will become everyone’s business. Worse, the privacy of Blue, the pen name of the boy he’s been emailing, will be compromised.

With some messy dynamics emerging in his once tight-knit group of friends, and his email correspondence with Blue growing more flirtatious every day, Simon’s junior year has suddenly gotten all kinds of complicated. Now, change-averse Simon has to find a way to step out of his comfort zone before he’s pushed out—without alienating his friends, compromising himself, or fumbling a shot at happiness with the most confusing, adorable guy he’s never met.

#5 White Privilege: The Myth of a Post-Racial Society by Kalwant Bhopal

One of the major features of politics in the past few years has been a renewed attention to race as a driving factor in both politics and everyday life. How, after decades of civil rights activism, do people from black and minority ethnic communities continue to be marginalized? In White Privilege, Kalwant Bhopal draws on social science research and political and economic analysis to show how people from black and minority backgrounds are continually positioned as outsiders in public discourse and interpersonal interaction. Neoliberal policies only increase that tendency, as their effects exacerbate long-standing patterns of minority disadvantage. Bhopal’s book is rooted in dispassionate analysis, but its message is unmistakable—the structural advantages of whiteness are widespread, and dismantling them will require both honesty about their power and determination to change them.

#6 The Wife Between Us by Greer Hendricks & Sarah Pekkanen

#7 Women of the Revolution by Kira Cochrane

The feminist movement of the last 40 years has won triumphs and endured trials, but it has never weakened its resolve, nor for a moment been dull. The Guardian newspaper has followed its progress throughout, carrying interviews with and articles by the major figures, chronicling with verve, wit, and often passionate anger the arguments surrounding pornography, prostitution, political representation, power, pay, parental rights, abortion rights, domestic chores, and domestic violence. Bringing that writing together for the first time, this collection includes interviews with Betty Friedan, Susan Brownmiller, Maya Angelou, Toni Morrison, Camille Paglia, Susie Orbach, and more. Other pieces include Willa Petschek on Shirley Chisholm, Beatrix Campbell on the legacy of Princess Diana, Andrea Dworkin on Bill and Hillary Clinton, Jessica Valenti on internet misogyny, and Mona Eltahawy on her assault in Cairo. Lively, provocative, thoughtful, and funny, this is the essential guide to the feminist thinking and writing of the past 40 years—the ultimate portrait of an ongoing revolution.

Baldwin’s haunting and controversial second novel is his most sustained treatment of sexuality, and a classic of gay literature. In a 1950s Paris swarming with expatriates and characterized by dangerous liaisons and hidden violence, an American finds himself unable to repress his impulses, despite his determination to live the conventional life he envisions for himself. After meeting and proposing to a young woman, he falls into a lengthy affair with an Italian bartender and is confounded and tortured by his sexual identity as he oscillates between the two.

Examining the mystery of love and passion in an intensely imagined narrative, Baldwin creates a moving and complex story of death and desire that is revelatory in its insight.

#9 A Wrinkle in Time by Madeleine L’Engle 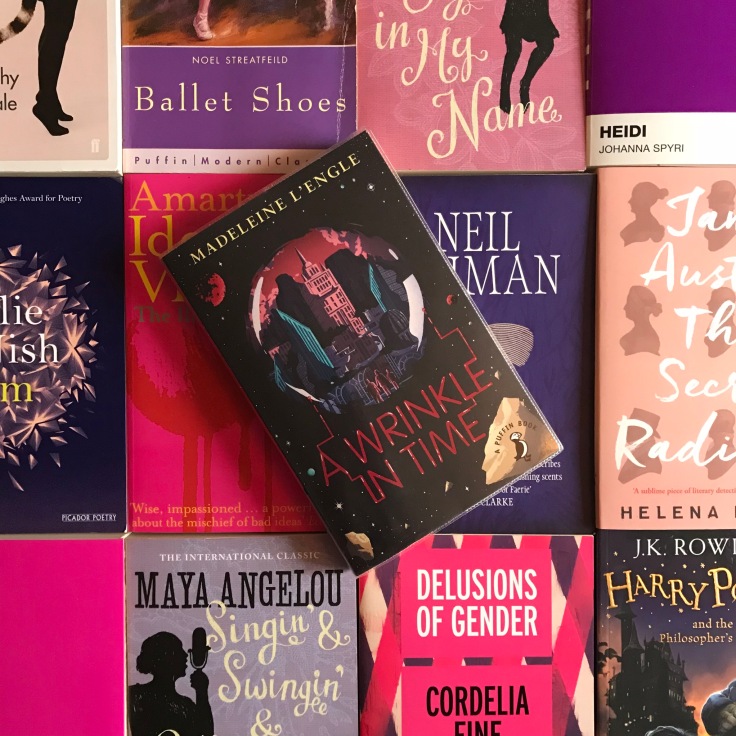 It was a dark and stormy night; Meg Murry, her small brother Charles Wallace, and her mother had come down to the kitchen for a midnight snack when they were upset by the arrival of a most disturbing stranger.

“Wild nights are my glory,” the unearthly stranger told them. “I just got caught in a downdraft and blown off course. Let me be on my way. Speaking of way, by the way, there is such a thing as a tesseract”.

Meg’s father had been experimenting with this fifth dimension of time travel when he mysteriously disappeared. Now the time has come for Meg, her friend Calvin, and Charles Wallace to rescue him. But can they outwit the forces of evil they will encounter on their heart-stopping journey through space?

#10 The Japanese Lover by Isabel Allende 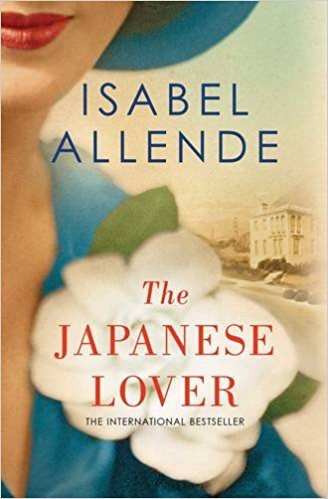 In 1939, as Poland falls under the shadow of the Nazis, young Alma Belasco’s parents send her away to live in safety with an aunt and uncle in their opulent mansion in San Francisco. There, as the rest of the world goes to war, she encounters Ichimei Fukuda, the quiet and gentle son of the family’s Japanese gardener. Unnoticed by those around them, a tender love affair begins to blossom. Following the Japanese attack on Pearl Harbor, the two are cruelly pulled apart as Ichimei and his family—like thousands of other Japanese Americans—are declared enemies and forcibly relocated to internment camps run by the United States government. Throughout their lifetimes, Alma and Ichimei reunite again and again, but theirs is a love that they are forever forced to hide from the world.

Decades later, Alma is nearing the end of her long and eventful life. Irina Bazili, a care worker struggling to come to terms with her own troubled past, meets the elderly woman and her grandson, Seth, at San Francisco’s charmingly eccentric Lark House nursing home. As Irina and Seth forge a friendship, they become intrigued by a series of mysterious gifts and letters sent to Alma, eventually learning about Ichimei and this extraordinary secret passion that has endured for nearly seventy years.

You might remember from my 2018 Goals post that the lovely Whitney (aka @theunreadshelf) has inspired many of her fellow Bookstagrammers to tackle their TBRs this year. I started off with 345 books, before the aforementioned Past Martha Self-Sabotage…

TBR books read: 6 (including one I finished on 3rd Feb)

TBR books given away: 7

Sooo we’ve gone in the wrong direction team, BUT net one up really could be worse right? Also, of the 14 new ones, only two were actually purchased this year, the rest were NetGalleys and a couple I’ve owned for a while that I realised weren’t on the list. Two new books in a month is an achievement!

What’s on in February:

NetGalleys! All the NetGalleys. I have about five that are published in three days time soo that’s clearly not going to happen, but I do want to clear as many as I can! I’m also excited to be participating in two readalongs of books from my TBR: The Tenant of Wildfell Hall by Anne Bronte and Small Great Things by Jodi Picoult. Hopefully I’ll be back in a month’s time with some better TBR-related numbers 😉

Over to you my friends, how was your January?